Raeford Clark, 89, of St. Augustine, FL, passed away May 18, 2012. He was born in Chapel Hill, NC on October 16, 1922 to Dennie Mack Clark and Bessie Mabel Clark. Mr. Clark was retired and attended Cross Roads Community Church in East Palatka, FL and was a member of Pittsboro United Methodist Church in Pittsboro, NC.

The family will receive friends from 6-9:00PM, Wednesday, May 23, 2012 at Hall-Wynne Funeral Home, in Pittsboro, NC. A funeral service will be held at 2:00PM, Thursday, May 24, 2012 in the chapel at the funeral home, with the Reverend Tim Hall officiating. Pallbearers are: Bruce Collins, Lee Godfrey, Mike Clark, Randall Clark, Berkley Stephens and Johnny Smith. Watson Norton is an Honorary Pallbearer. Burial will follow in the Pittsboro United Methodist Church Cemetery.

Offer Condolence for the family of Raeford Clark 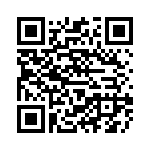