Phillip Ray Eddy, loving husband, father and grandfather passed away today after a long battle with cancer at age 61. Phil devoted his adult life to the love and care of his wife and three boys. He was a truly humble and faithful servant to his family and friends. A carpenter by trade, he instilled a great work ethic in his boys that they in turn have passed on to their children. Even in the final days of his fight he was more concerned about his family’s well-being than his own. He was that kind of man, constantly providing the example to his boys and grandchildren of how to stand upright before God and his fellow man. He is survived by his wife Kathy; sons Bill and his wife Lori, Larry and his wife Denise, & Rob and his wife Joy; grandsons John and Michael (Bill & Lori) and granddaughter Kaley (Larry & Denise). He is also survived by his mother Thelma, sisters Eleanor & Diane, and brother Lou, and pre-deceased by his sister Barbara. The family will hold a private family service and asks that in lieu of flowers a donation to the SPCA be made in his name. He so loved animals, especially all of his dogs. The family would also like to thank all of his extended family and close circle of friends for their many thoughts, prayers, and assistance throughout his life and most especially during their struggle with this disease.
We love you Pop!

Offer Condolence for the family of Phillip Ray Eddy 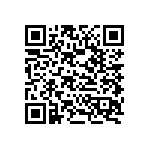