Mr. Knight was born on December 21, 1928 to the late Corrine Estelle Stanley and John Henry Knight in the Chalybeate Springs area of Harnett County, NC.  He relocated to Durham in October of 1948, where he was a member of Grey Stone Baptist Church.  Mr. Knight was employed with Burlington Industries for 38 years.

A funeral service will be held on Thursday, January 5, 2017 at 11:00 am in the Chapel of Hall-Wynne Funeral Service, 1113 W. Main Street, Durham.  Officiating will be C. Michael Poole.  Burial will follow at 1pm in Greenlawn Memorial Gardens, 1621 Highway 55, Fuquay-Varina, NC.

The family will receive visitors one hour prior to the service from 10-11:00 am.  In Lieu of Flowers, memorials may be directed to Duke HomeCare and Hospice, 4321 Medical Park Drive, Suite 101, Durham, NC 27704.

Offer Condolence for the family of Philip Henry Knight 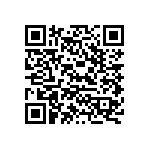