The Reverend Peter Chase Robinson died Monday morning, the day after his 84th birthday at his home at the Forest at Duke in Durham. He was born in Mendham, NJ to The Rev’d Clayton Earle Bullis and Susan Jeanette Chase Robinson, and spent most of his growing up years in Cooleemee, NC. Peter was a graduate of UNC – Chapel Hill and General Theological Seminary in New York. Midway through seminary he suffered “religious indigestion” to pursue a career in his first love, journalism, having worked at several papers in high school and college. He became managing editor of the Enfield Progress, where he met his wife, the late Mary Young Robinson. After his fill of journalism he decided to return to seminary. Peter was ordained an Episcopal priest May 30, 1952. His first pastoral call was to St. Thomas Episcopal Church in Sanford. He then went to Greensboro as founding rector of St. Francis Episcopal Church, taking it from small mission parish to a thriving faith community. He remained at St. Francis for 20 years. Peter served St. Stephen’s Episcopal Church in Goldsboro, and then he retired to Durham and assisted on the pastoral staffs of St. Philip’s Church in Durham and Church of the Holy Family, Chapel Hill. The real backbone of Peter’s ministry was his wife, Mary Young, who skillfully organized his affairs and gave him unfailing support.
A beloved priest, Peter Robinson faithfully served God’s Church for over 50 years. Blessed with superb people skills, he had a gift for making others smile and laugh, and in his folksy style was at ease in the company of those from all walks of life. He radiated warmth and kindness, and he was “huggable.” Peter was a genuine pastor, with endless patience to listen, console, and impart gentle advice and wisdom. He took seriously his ministry of hospitality to “all sorts and conditions of men” – in the words of the Book of Common Prayer, being open, accepting and non-judgmental. His sense of humor was rich and earthy, and he was a great practical joker. As a veteran newspaperman, Peter wrote beautifully and succinctly, especially noted for his memorable annual Groundhog Day letter.
Peter was perhaps happiest when spending time at his rustic mountain cabin, “Simeon Stump” along the Blue Ridge Parkway. A stimulating conversationalist, he loved being with family and friends over a fine meal and libations. He always went out of his way to express profuse gratitude, never failing to say “thank you” for any act of grace directed toward him. Peter Robinson touched the lives of countless people in his role as husband, father, grandfather, priest, teacher and friend.
Surviving are his children, Susan Carol Robinson of Raleigh, Michael Robinson of Raleigh, David Robinson and his wife, Patricia of Wake Forest and Jim King of Durham; a sister Mary Ann Lowry of York, SC; and grandsons, Cody, Chase and Patrick Robinson. His wife Mary Young predeceased him in 1999.
A requiem Eucharist will be offered 1:00 PM Friday from the Church of the Holy Family, 200 Hayes Rd. Chapel Hill. A service of interment will be held 4:00 PM Friday in the churchyard of St. Francis Episcopal Church, Greensboro. Donations in Peter’s memory may be made to the Church of the Holy Family, or true to his belief in generosity, to any charitable organization of one’s choice.

Offer Condolence for the family of Peter Chase Robinson 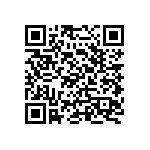