Peggy Smith Watson, age 80 died Tuesday, March 7, 2017. She was a native of Granville Co. and was the daughter of the late Alton Judd Smith and Inez Clark Smith.
Peggy, or “Big Momma” as she was called by those closest to her, was a true example of selflessness and love. For 33 years, she taught and cared for hundreds of special needs children in Alpine Cottage at the Murdoch Center in Butner. She coached the girls softball team and was active with the WMU at Hester Baptist Church, loved humming birds, gold finches, fishing, playing cards, watching her sons and grandsons play baseball and gave driving lessons to her granddaughters.
Funeral services will be held Friday March 10, 2017 at 3:00 PM at Hester Baptist Church by Rev. Dr. Jeff Hensley. Burial will follow in the church cemetery.
Surviving are her three sons, Gary Taylor Watson (Gaylene) of Chesapeake, Va., Mark Curtis Watson (Bonnie) and Glenn Carl Watson (Holly Ditch) both of Oxford; grandchildren, Megan Watson Gravina (Scott), Kelsey Lauren Watson, Andrew David Watson, and Glenn Chase Watson (Brandy); and her beloved dog, Missy. She was preceded in death by her husband of 52 years, Austin Taylor Watson; and brothers, James W. Smith and Thomas J. Smith.
Flowers are accepted or memorials may be made in Peggy’s name to Hester Baptist Church, 6581 NC Hwy 96, Oxford, NC 27565.
The family will receive friends on Friday from 1:30 until 3:00 PM prior to the services at Hester Baptist Church.
The family is under the care of Gentry-Newell & Vaughan Funeral Home. 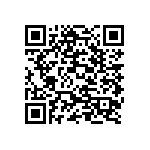