CHAPEL HILL: Patricia Townsend Meador age 52, of Chapel Hill died on September 3, 2008 after a brief illness. Patricia was nationally recognized as a leader in health law and was a partner at K&L Gates in Research Triangle Park.
Patricia was the beloved wife of 30 years of Keith G. Meador, MD, ThM, MPH and the mother of three children, Hannah, John and Catherine, all of Chapel Hill, who survive. Patricia was born in Lansing, MI to Eugene Field and Yvonne Townsend, who preceded her in death. She is also survived by her two sisters and two brothers and their families: Eugene Skip Field Townsend, III and his wife Linda of San Carlos, CA; Elizabeth Townsend Gordon and her husband Tracy, of Lansing, MI; David Townsend and his wife Lynette of Rochester Hills, MI; Karen Ann Townsend-Salvaggio and her husband Anthony of Raleigh; and six nieces and one nephew.
Patricia received her B.S.N. summa cum laude at Vanderbilt University in 1978. She graduated magna cum laude from the Brandeis School of Law at the University of Louisville in 1982 and earned an M.P.H. from the University of North Carolina in 1989. She previously served as medical center legal counsel for Duke University and was a partner at Bass, Berry and Sims law firm in Nashville, Tennessee. A member of the Bar Association in both North Carolina and Tennessee, Patricia represented a broad spectrum of health care clients, with a focus on health care regulatory, compliance and operational issues. She advised hospitals and health systems, academic medical centers, financial institutions, pharmaceutical companies, multi and single specialty physician groups, and other ancillary health care providers. She has served as Chair of the Health Law Section of the American Bar Association and of the Academic Medical Center Committee of the American Health Lawyers Association. In 2007 she was selected as a Fellow of the American Health Lawyers. She was named to the “North Carolina Super Lawyers,” and was listed as a “Best Lawyer in America”, Health Care Law, 2007-2008 and among the Top 50 Women in Health Care Law in 2008
Patricia was above all a loving and generous wife, mother, sister and friend who will be greatly missed. Visitation will be held at the Church of the Holy Family, 200 Hayes Rd. in Chapel Hill from 5:30 – 7:30 PM on Saturday. A service to celebrate and commemorate her life will be 3:00 PM Sunday, also at the Church of the Holy Family. Private burial will follow the funeral. Donations in Patricia’s memory may be made to: The Patricia Townsend Meador Memorial Health Law and Nursing Fund, Vanderbilt University School of Nursing, PMB 407727, 2301 Vanderbilt Place, Nashville, TN 37240-7727.

Offer Condolence for the family of Patricia Townsend Meador 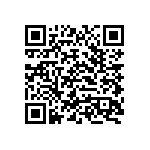