Patricia Ricks Hunter, 80, resident of Franklinton, NC died Thursday
morning in Franklin Regional Medical Center. Mrs. Hunter was a native of Morehead, Ky and was the daughter of the late Henry Clay Ricks and Ode Mae Purvis Ricks.She was predeceased by her husband, Frederick Lee Hunter.

Surviving are her son, James Frederick Hunter and wife, Marcia both of Franklinton; two daughters, Valerie H. Summers and husband Michael both of Raleigh and Victoria Hunter Herzog and husband, Allen both of Mishawka, IN.; and four grandchildren, Brandon, Michael, Steven and Chelsea.

A memorial service will be held 2 PM Saturday, March 29, 2008 in the Chapel of Franklin Funeral Service, Franklinton, NC. The Rev. Dwight Barham will preside.

On-line memorials may be sent to Franklin-Funerals.com

Offer Condolence for the family of Patricia Ricks Hunter 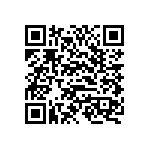