Oren was born in Morrisville, NC. He left school in the 9th grade to help support his parents and siblings, He eventually acquired his G.E.D. He served 9 years in the U.S Coast Guard including service during the Korean War. He made many lasting friendships with his cutter-mates of the S.S Mendota. He was a true Ole Coastie! Oren went on to become a Heating, Air- Conditioning and Refrigeration technician working at Lee Air Conditioning for many years. He carried his knowledge and expertise into the classroom with the state of North Carolina, where he worked for Vance Granville Community College as a contract instructor for FCI in Butner.

He loved coaching his son and daughter in baseball in Hillsborough, and then in Northern Durham with NJAA. He was a mentor to many young men in Hillsborough often taking them to practices and games, as well as paying for their fees to play sports. He followed his grandsons and granddaughter while cheering them on in their sports activities. He truly had a Big Heart.

He is survived by his wife, Linda Lanum-Dameron, his daughters, Kim Watkins and husband, Richard of Hillsborough and Penni Marshall and husband, Danny of Durham; his son, Oren Jackson Dameron, Jr. of Hillsborough; his brother, Robert Dameron of Newport, TN; his sisters, Jennie Carroll of Raleigh; and Brenda Berry of Durham; his grandchildren, Kathryne Dameron, Cole Watkins, Seth Watkins, Cody Beaver and Danyel Beaver.

Oren was preceded in death by his first wife, Trudy Brisby Dameron, his brother, Nick Dameron, and his granddaughter, Megan Watkins.

Funeral Services will be held 2:00 pm Wednesday, July 9, 2014 in the Chapel of Hall-Wynne Funeral Service with Dr. Scott Gray officiating.

Friends may visit from 6:00-8:00 pm this evening at Hall-Wynne Funeral Service.

Offer Condolence for the family of Oren Jackson Dameron, Sr. 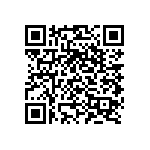