Odette Lauve Briggs, 91, died peacefully in her sleep April 6 at her Durham home. She was born March 9, 1927 in Alexandria, LA to the late, Edmee (Rivoire) and Albert Pierre Lauve. Odette was proudly raised in a traditional Catholic home with her French immigrant mother, American father and sister in her beloved New Orleans. She graduated from St. Mary’s Dominican College in New Orleans, and at age 24, married Air Force officer, Charles Culpepper Briggs, Jr. in Norfolk, England.

After living in several places both stateside and abroad, Charlie’s military career took him to Washington, DC, where Odette became active with the Washington Republican Women’s Club.  She was selected to address White House Christmas cards for President Nixon, becoming friendly with first lady Pat Nixon. Odette and her husband settled in Fort Walton Beach, FL, where Charlie finished his service as a full Colonel.

Odette was a passionate animal lover, volunteering at each local animal shelter where she lived. She was a devoted Red Cross employee, working tirelessly “boots on the ground” in disaster relief. Odette will be remembered for her deep Catholic faith and love of her family and her dogs. She was feisty, fiercely independent, an avid tennis player into later life, and talented in handiwork with crafts. Odette was always up for a party, loving her daily ritual of a martini or glass of wine.

Surviving are her daughter, Yvette B. (Rich) West of Durham; her grandchildren, Sean (Lauren) Callihan, Kyle West, Alden (Ava) West and Carly (Jay) Connor; great grandchildren, Owen and Naomi West; and her dog, Abby. She was predeceased by her husband in 1987, sister, Yvonne M. Lauve in 2010 and daughter, Michelle B. Callihan in 2003.

A funeral Mass will be offered 3:30 PM Wednesday from Immaculate Conception Church with a reception following at church. Odette will be buried alongside her husband in Barrancas National Cemetery on the Pensacola Naval Air Station, Pensacola, FL.  Memorial donations may be made to PAWS-Shelter.org.

Offer Condolence for the family of Odette Lauve Briggs 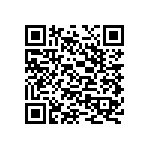