Survivors include his sons Andy Miller of Durham and Randy Miller and his wife Brenda, of Wake Forest, NC; his daughters Connie Miller-Griffin of Sanford, NC and Kathie Foushee and her husband, Wayne of Moncure, NC; his stepchildren Al Carson and his wife Carolyn of Creedmoor, NC and Linda Moore of Liberty, NC; his sister Faye Holmes of Fayetteville, NC; along with eight grandchildren and seven great grandchildren.

Offer Condolence for the family of Norwood E. Miller 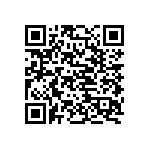