Norma was employed for many years as a secretary and purchasing agent with the Brunswick Corp. until she and her husband decided to seek employment with the Federal Government. They were promoted through the government ranks from Detroit, MI to Cleveland, OH until they finally arrived in Washington, DC during 1980 where Norma retired in 1994.
She then moved to Durham in 1994 where she joined St. Matthew Catholic Church.

Offer Condolence for the family of Norma June Harvey 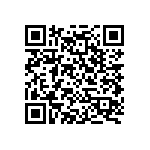