Nelson Terry Parrish, age 85 and resident of 2012 Woodrow Street died Tuesday evening following a brief illness. A native of Granville County, he was the son of the late Edward and Novella Parrish, Sr. Mr. Parrish served in the U. S. Army during WWII. Prior to retirement, he was employed with Sperry Rand. Mr. Parrish was a member of the Watts Street Baptist Church.

A Memorial Service will be held 11 AM Friday in Watts Street Baptist Church.
Following the service, Mr. Parrish

Offer Condolence for the family of Nelson Terry Parrish 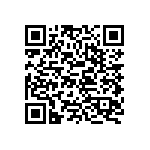