Nancy Carr Rogers Adams passed away in Chapel Hill, North Carolina on 16 April 2018 after a long illness. She was 76.
A native of Alexandria, Virginia, Nancy earned a Bachelor of Science in Education degree from the University of Maryland, College Park. She earned a Master of Education degree from the University of Hawaii, Manoa. She also earned a Certificate of Advanced Study in Instructional Administration from the State University of New York, Oswego.
Nancy lived in many places during the Navy career of her husband, including four tours in Hawaii totaling 12 years as well as Iceland and England. After his retirement from the Navy, the couple moved first to Chapel Hill, North Carolina, then to Manlius, New York and then back to Chapel Hill. In every location where she lived, she worked as a classroom teacher and later as a school administrator. She taught classes in several elementary grades in a number of schools in five different states on the mainland and in Hawaii as well as Department of Defense Dependent Schools In Iceland and England. She culminated her professional career as the principal of an elementary school in Durham, North Carolina.
Nancy was active in a number of clubs and associations. She was a Daughter of the American Revolution and served for a term as Regent (president) of the Davie Poplar DAR chapter in Chapel Hill. She was also active in the Colonial Dames of the XVIIth Century and the Chapel Hill Garden Club.
Nancy loved dogs. She bred and showed beagles for many years, earning a widespread reputation for the quality of the puppies she bred. She was an American Kennel Club Breeder of Merit, breeding numerous Champion and Grand Champions, including one multiple Best in Show winner. Her interest in education overlapped with her love of dogs as she served as a mentor to several young women involved in junior showmanship.
She is survived by her husband of 54 years, Charles Adams.
A memorial service will be held at 2:00 p.m. on Saturday 5 May at the University Presbyterian Church, 209 East Franklin Street, Chapel Hill. Nancy’s ashes will be inurned at Arlington National Cemetery at a later date.
The Adams family is under the care of Hall-Wynne Funeral Service. Online obituaries; www.hallwynne.com: Select obituaries.

Offer Condolence for the family of Nancy Carr Rogers Adams 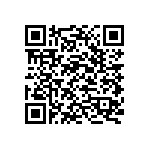