Born April 10, 1942, in Bynum, NC to the late Roy Howard and Peola Tyson Howard, Leitha Howard Glosson passed away at The Laurels of Chatham on December 22, 2014. She was married 54 years to Leon Glosson until his passing July of 2012. Leitha was a hard worker who retired from Townsend, Inc., as a payroll coordinator. She loved her family dearly.

Offer Condolence for the family of Mrs. Leitha Howard Glosson 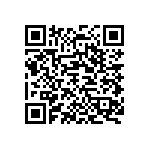