Robert Ellisor Horne died April 5, 2015 at UNC Hospital after a brief illness. He was born in Durham, NC to Lucille and Amos Horne who preceded him in death. Robert was educated in the Chapel Hill School System and graduated from Chapel Hill High School in 1967. Upon graduation Robert entered the Navy from 1967-1970 serving two tours of duty in Vietnam.

Early in his career Robert worked with the Carrboro Police Department; he then worked at Federal Express Corporation and retired in 2005. Robert always enjoyed working with people. Therefore, after retirement he entered Real Estate in the area for several years.

Offer Condolence for the family of Mr. Robert Ellisor Horne 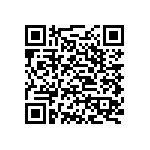