Michael William Taylor passed away on September 29, 2013. He was born on May 29, 1947 in Little Rock, Arkansas to the late Orville Walters Taylor and Evelyn Adella Bonham Taylor, who survives.

At the age of 8, Michael moved to Iwo, Nigeria, with his parents, who were Southern Baptist Missionaries. He attended Newton Memorial School in Oshogbo, Nigeria.
After his parents returned to the United States, Michael graduated from Lee Edwards High School, Asheville, NC.

Michael attended the University of North Carolina at Chapel Hill from 1964 to 1969, where he majored in Classics. He was a member of Phi Beta Kappa and Naval ROTC and received the Eben Alexander Prize in Greek. He spent his Junior year in Paris studying at the Sorbonne.

Upon graduation, Michael entered the Navy and served as a Naval Historian in Vietnam. Later in the war, he became a translator for Naval operations in Cambodia, embedded with local Cambodian forces, and earned, among other decorations, the Navy Commendation Medal with Valor Device and the Vietnamese Cross of Gallantry. He reached the rank of Lieutenant.

Michael entered Harvard University in 1971 and earned a Master’s Degree and Doctor of Philosophy degree in Classics, setting the record for the fastest ever completion of this degree. He was an archaeologist and dug in Greece and Cyprus. His PhD thesis was about the slaying of tyrants oppressing the Greek people in 5th Century B.C. Athens, and about how civil religion was created and maintained.

Michael entered UNC Law School in 1975, where he met his wife, Susan Chandler. They married August 14, 1977.
After graduation from law school in 1978, Michael worked as a clerk for Judge Frank Parker of the North Carolina Court of Appeals. In 1981, Michael and Susan moved to Susan’s hometown of Albemarle, NC, where Michael practiced law until 2013. He was also of counsel to the law firm Parker, Poe, Adams and Bernstein, LLP.

A favorite passage of his was Amos chapter five, verse 24: “Let justice run down like waters and righteousness as a mighty and ever-flowing stream.” He believed deeply in justice.

He was a great reader whose hunger for books and knowledge was never ending. Michael published numerous articles and four books: The Tyrant Slayers; The Cry Is War, War, War; To Drive the Enemy From Southern Soil; and Tar Heels: How North Carolinians Got Their Nickname. He was a well-known historian who explored justice and right use of power and government.
Michael was active in Democratic Party politics, serving as the Chairman of the Stanly County, NC Democratic Party from 1993 to 1994 and as the Democratic nominee for Congress in North Carolina’s Eighth District in 1998 and 2000. He received the Chairman’s Award from the North Carolina Democratic Party in 1995.

Michael was blessed with many friends and family. There was never any challenge to his love for his family. He stood by his family and worked for them even unto the last day of his life. He was a loving person, a person who was fascinated by the world and was greatly beloved by his wife and three children, who survive him.

Offer Condolence for the family of Michael William Taylor 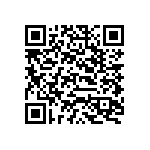