Mike is survived by his parents: Cecil E.and Shirley Dean Wieringo of Lynchburg, VA; his brother: Matt Wieringo and wife, Suzanne, of Richmond, VA.; and his beloved cat: Charlie.

Funeral services will be held 2:00 PM Friday, August 17, 2007 from the Chapel of Hall-Wynne Funeral Service. Friends may visit one hour prior to the service in the funeral home. An additional ceremony celebrating Mike

Offer Condolence for the family of Michael Lance Wieringo 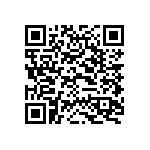