Mrs. Mary Jane Park Stevenson died December 9, 2007 at her son’s home in Chatham County, NC. Born July 17, 1910, Detroit MI and grew up in Los Angeles, CA. Daughter of May Chamberlin and Hans Sinz Park. Graduate of UCLA and Berkley. She was a librarian for the US Army in Europe after WWII where she met her future husband, Robert L. Stevenson who died December 9, 1969 of Winston-Salem, NC. Mother of Louise S. Marlowe of Arlington, VA, and Thomas P. Stevenson of Chatham County, NC.
During her time in Winston-Salem, she was a founding member of the NC Chapter of the Sierra Club, member of the AAUW, League of Women Voters, and the Winston-Salem Friends Meeting. She volunteered for the Girl Scouts and Crisis Control. An enthusiast of many subjects, she was a private poet, published translator of Mircea Eliade’s fiction, gardener, caretaker of cats, ice cream and jigsaw puzzle lover, champion conversationalist and non-driver. Dear friends and relatives, please remember her in you own ways. A graveside service will be conducted by Judith Dancy at 11:00 am Friday, December 21, 2007 at Forsyth Memorial Park in Winston-Salem, NC.
Online condolences: www.griffinfuneral.com, Select Obituaries. Arrangements are under the care of Griffin Funeral Service, Pittsboro, NC.

Offer Condolence for the family of Mary Jane Park Stevenson 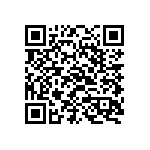