Mary Jane Ball Hicks passed away peacefully on Friday, February 9, 2018. Jane was a devoted friend to many. She loved interior design, gardening and enjoyed travel, always wanting to see what was over the next hill

She was the daughter of the late William A. Ball and Ida Hazel Breedlove Ball born on March 23, 1930 and was a resident of Granville and Vance County. She graduated high school in Vance County and attended Henderson’s Business School.

She was active in the Red Hat Society, National Historical Society of Oxford and the G.G. Club. She was also the Homecoming Queen of her high school.

She is survived by her children, Richard Hicks (Dot) of Oxford, David Hicks (Patsy) of Oxford, Phyllis Hicks (Ross) of Chapel Hill and Susie Hicks (Charlie) of Oxford; 7 grandchildren and 4 great grandchildren. She was predeceased by her husband, A.R. Hicks, Jr. and a brother, William A. Ball, Jr.

The family will receive friends with a Celebration of Life on Monday, February 12th from 1:00 p.m. with service to follow at 2:00 pm at Corinth Baptist Church. Inurnment will be private at a later date.

In lieu of flowers, memorial donations may be made to Corinth Baptist Church c/o Guy Hinkler, 3658 Highway 96 South, Oxford, NC, 27565.

Offer Condolence for the family of Mary Jane Ball Hicks 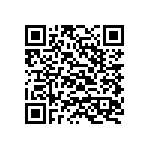