Mary Ella Sloan, 94, resident of Spring Arbor of Durham, died Tuesday morning in Durham Regional Hospital. Mrs. Sloan was born in Columbus, Georgia on August 20, 1911. She was the daughter of the late Lehman Lee Cain and Mary Florence Gilbert. She was predeceased by her husband, Paul R. Sloan.

A Mass of Christian Burial will be celebrated Friday at 10:00 AM from Immaculate Conception Catholic Church with Fr. Dan McLellan presiding. Entombment will be in St. Joseph

Offer Condolence for the family of Mary Ella Sloan 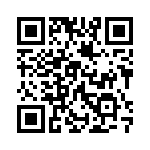