Chapel Hill – Mark Sumner was born July 19, 1923 in Asheville, North Carolina where he grew up and attended school, completing two years at Asheville Biltmore Junior College (now UNC-Asheville). He became an Eagle Scout in 1938 with Troop 8 in Asheville.  As a teenager he demonstrated an early interest and aptitude for theatre, winning three State prizes for playwriting from the Carolina Dramatic Association.  Sumner was drafted into the US Army at the age of 19.  He served three years and was awarded two Bronze Stars for meritorious service as a member of the intelligence section of the Ninth Army in France and Belgium.  His behind-the-lines service during the Battle of the Bulge also earned him the Combat Infantry Badge.  In recognition of his valor and bravery, France awarded him its highest military honor, the Legion of Honor.

Returning from the war, Sumner studied engineering at North Dakota State before matriculating to the University of North Carolina at Chapel Hill where he earned the BA and MA degrees in Dramatic Art.  From 1947-50 he worked with the Carolina Playmakers in management and promotions and taught for a year at Women’s College in Greensboro, now UNC-G.  From 1950-1963, Sumner chaired the Department of Dramatic Arts and Speech at Mary Washington College of the University of Virginia.  During this period he acted, directed, designed and managed a number of theatres including the Flat Rock Playhouse, Parkway Playhouse, Raleigh Theatre in the Park, and Durham Theatre Guild in North Carolina; the Barter Theatre and Averett College in Virginia; the Orleans Arena Theatre in Cape Cod MA, the Lighthouse Players in Ocean City MD, and others.  A genuine renaissance man of the theatre throughout his life,  Sumner acted in over 100 stock and tour productions; designed lighting and scenery for 150 productions; directed professional, college and community theatre productions; and managed and produced theatre organizations as well as writing 10 plays and screenplays.

In 1964, after serving as General Manager of the outdoor drama Home is the Hunter in Lexington, KY, the University of North Carolina recruited him back to Chapel Hill to become director of the recently created Institute of Outdoor Drama.  Sumner served in that role for the next 25 years and led the efforts to launch over 30 historical dramas in 26 states in addition to providing technical assistance and advice to many more communities either seeking to start new plays or working to improve and sustain existing ones.  Throughout this period, Sumner continued to write and speak about theatre for professional journals and publications and at national conferences.   From 1982-87 Sumner produced North Carolina’s oldest and most renowned outdoor drama, The Lost Colony on Roanoke Island. In 1993 he wrote the new outdoor drama, Pathway to Freedom, about the underground railroad in North Carolina.  It has subsequently been produced annually by the Snow Camp Outdoor Theatre.  Throughout the United States, Sumner’s name was indelibly associated with the national outdoor theatre movement and his constant quest to support and enrich it.  A member of Actors Equity, the Dramatists Guild and the Society of Stage Directors and Choreographers, Sumner also found time to teach marksmanship for the National Rifle Association and serve as a boating safety examiner for the US Coast Guard Auxiliary.

As a national leader in theatre, Sumner served in a number of volunteer roles including Treasurer of the National Theatre Conference, President of the Southeastern Theatre Conference, Chairman of the Board of Advisors for North Carolina Theatre Arts, and Chairman of the Theatre Advisory Board of the North Carolina Department of Cultural Resources.  He was inducted as a Fellow of the College of Fellows of the American Theatre in 2001 and served as a board member of numerous associations and theatres, including the Paul Green Foundation.

In 1990, following his retirement from the Institute of Outdoor Drama, the Institute honored Sumner by inaugurating a lifetime service award for outdoor theatre to be known as the Mark Sumner Award.  It has been awarded annually since that time.

Beyond his many accomplishments and awards, Mark Sumner is remembered by his colleagues, associates and friends as a genuinely kind and warm human being with a quiet, sometimes self-deprecating, sense of humor. As an arts professional he inspired and influenced many theatres and, as a man, he was deeply beloved by his family and friends.

In addition to his parents, Mark was preceded in death by his parents, Clarence Reese and Margaret Worley Sumner, and his brother, Leon Bruce Sumner.

A memorial service will be held on Tuesday, June 27, 2017 at 2:00pm at St. Matthew’s Episcopal Church, 210 St. Mary’s Road, Hillsborough.  Burial with military honors will follow in the church cemetery.

Offer Condolence for the family of Mark Reese Sumner, Sr. 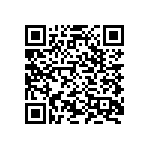