Marjorie Mundy Cass, 90, known to her friends as Margie, passed away on Sunday, March 26, 2017 at home in Durham. Funeral services will be held at 11:00 on Saturday, April 1 at Church of the Holy Family in Chapel Hill. Visitation with the family will be at Hall-Wynne in Durham from 6 to 8 PM on Friday, March 31st. Burial will occur the following weekend in Roxton, Texas.
Marjorie Louise Reynolds was born May 5, 1926 in Evanston, Illinois. She grew up in Dallas, Texas with her brother, Howard, and younger sister, Helen Jean. When she was nine, her mother fell and sustained a “serious bruise” on her leg which developed an infection and ultimately took her life in the days before antibiotics. Her father re-married and another sister, Barbara, was added to the family.
She graduated from Highland Park High School in 1943 and at the age of 17, married Charles W. Mundy. They lived briefly at Cherry Point, North Carolina while he was in Marine Corps training. After the war, they lived in Dallas, Texas and had two children. They subsequently divorced at a time when divorce was rare. Having few employable skills, she attended secretarial school. These business skills would serve her well throughout her life when she later began a small business, Executive Suite in Houston, Texas. She had a remarkable friendship with Anga Mundy, her first husband’s second wife. Anga was, in her opinion, a model step-mother to her children and they subsequently became close friends. After retiring, she moved to North Carolina and lived with her daughter and two grandchildren.
She is preceded in death by her brother and his wife, Howard and Judith Reynolds, her sister and her husband, Jack and Helen Jean Reynolds O’Dell, and her friend, Anga Mundy and ex-husband, Chuck Mundy. She is survived by her sister, Barbara Reynolds Carrithers as well as her children, John William Mundy (Sarah Scott Mundy) of Tulsa, Oklahoma and Martha Ruth Mundy of Durham, North Carolina. Her grandchildren brightened her life and they also survive her; Nicholas Galanos of Durham and Rachel Galanos of Chicago, Illinois.
In lieu of flowers please consider a donation to a charity of your choice.

Offer Condolence for the family of Marjorie Mundy Cass 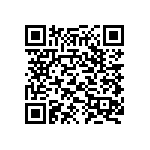