Margaret graduated from Durham High School and initially worked for Liggett and Myers in Durham. She was featured on national TV, with the opening advertisement of L&M cigarettes (when cigarettes were allowed to be advertised) in the fifties television series, “The Blue Angels”, while shuffling cartons online at the factory in Durham. After her husband Jack Ingold died in her arms at the old “Little Acorn,” restaurant in Durham from a heart attack, in 1959. She then moved with her sister Lois to Flint Michigan where they both worked for “Champion Spark Plugs” of General Motors until she retired to Durham.

She is survived by a nephew, Marshall Stewart, III and wife Kimberly of Raleigh and grandnieces in Clearwater, Florida and Raleigh. She never had any children.

She was preceded in death by her first husband, Jack Ingold and a second husband, John Banaszak. She was also preceded by sisters Christine Hobson of Clearwater, Florida and Lois Florence Mee of Durham, Plus a brother, Marshall Stewart, Jr. of North Myrtle Beach, SC.

In lieu of flowers, donate to the charity of your choice in her honor.

The Banaszak family is under the care of Hall-Wynne Funeral Service. Online condolences: www.hallwynne.com, select obituaries.

Offer Condolence for the family of Margaret Juanita Stewart Banaszak 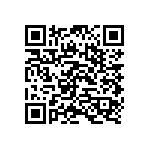