DURHAM- Margaret Fitzsimmons died Monday, February 13, 2012. Born in Edinburgh Scotland, she served as a clerk for the Royal Air Force during WWII. Margaret immigrated to the U.S. to join her brother in Chicago and began a long time professional and personal association with the late John Hope Franklin, PhD, James B. Duke Professor of History. She continued her association with Dr. Franklin at Duke in the early 1980’s as an administrative and research assistant.

Margaret was an active member of Immaculate Conception Catholic Church and served with great passion as a choir member. She was active in area contra-dance groups. Following retirement from Duke in 2004 she became involved at The Lakewood School as a tutor and was always overwhelmed not only by the wonderful students but also the deep gratitude of their parents. Until limited health, Margaret was a member of The Lakewood Park Association.

Margaret is survived by the beloved sister, Constance McDonald aunt of Maureen and John and McDonald and Ann Cormack. Great aunt of Peter McGinnie and nieces and nephew in Edinburgh, Margaret had several friends through Duke University, the bible study group at Blacknall Presbyterian Church and hosts of others she met as she walked through Durham.

Friends may visit after Mass in the church.

A Mass of Christian burial will be offered 10:00 AM Friday from Immaculate Conception Catholic Church.

Offer Condolence for the family of Margaret Fitzsimmons 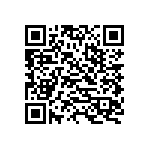