Oxford NC:
Lynwood Bryan Hughes,SR.
With his family by his side, our loving husband and daddy, Lynwood Bryan Hughes, Sr. joined the angels on Friday, August 15th, after an extended illness. Lynwood was born July 19, 1931 in Oxford and is survived by his family, who will love and cherish him forever. He was a committed and dedicated servant, having served with the USDA Oxford Tobacco Research Station for 33 years, a fireman with the Oxford Fire Department for 36 years, a member of the Oxford Masonic Lodge No. 122 for over 50 years and a serviceman with the United States Marine Corp.
To those who knew him, he was a man of few words, yet possessed an enormous heart for his family and friends. His wife, children and five grandsons were the love of his life. He enjoyed every minute spent with them – sitting on the porch, riding with them in the truck, fishing in the pond or just quiet time in the country. He enjoyed the beauty of his well-manicured lawn, hunting rabbits on early mornings and making and sharing brunswick stew and homemade wine. He was a great man—he will be greatly missed by many.
His life is cherished by his wife of 58 years, Mary Leigh Hart Hughes; two children, Lynwood Bryan Hughes, Jr (Susan) of Oxford, and Anita Hughes Bachmann (George) of Greensboro; 5 grandsons, Lawrence Cole Bachmann, Connor Hughes Bachmann, Harrison Hart Bachmann, Lynwood Bryan Hughes, III and Nolan Lee Hughes; an “adopted” son, Glenn Sutton of Rocky Mount; a brother, Clifford Craven Hughes of Wilmington; a sister, Juanita Hughes Weaver of Eton, Ga; and Billie Travis Blackwell – loved as a brother.
Friends may visit with the family at home or from 12:30-2pm on Monday, August 18th at Gentry, Newell and Vaughan Funeral Home, followed by a celebration of his life in the Chapel at 2pm.
In lieu of flowers, memorials can be made to the Oxford Fireman’s Welfare Fund at 113 McClanahan Street, Oxford, NC.

Offer Condolence for the family of Lynwood Bryan Hughes, Sr. 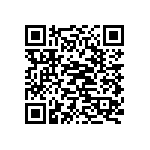