Born in Wake County on September 5, 1915, Mrs. Riggsbee was a daughter of Cicero and Nonie Lawrence. She was employed by Odell Mfg. for 45 years, retiring at age 70 due to the mill being closed down. Mrs. Riggsbee enjoyed cooking pies and cakes for those that were shut in; she also enjoyed transporting the “old people” on their errands to various appointments or other places. Mrs. Riggsbee was a member of Bynum United Methodist Church where she had served as president of the UMW.

Mrs. Riggsbee is survived by her daughters, Cornelia “Neil” Elmore of Pittsboro and Sue Starnes of Durham; nine grandchildren; one great-grandchild, and two nieces.

The service celebrating Mrs. Riggsbee’s life will be conducted by Pastors Gina Barrow, Ray Gooch, and Robert Elmore at 11 am Monday at Bynum United Methodist Church. Interment will follow in the church cemetery. Friends may visit with the family from 6:30 – 8:30 pm Sunday at Hall-Wynne Funeral Home in Pittsboro and at other times at the home of Cornelia and Robert Elmore.

Arrangements for Mrs. Riggsbee are under the care of Hall-Wynne Funeral Service & Cremation of Pittsboro.

Offer Condolence for the family of Louise Lawrence Riggsbee 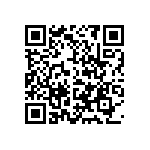