Mrs. Morrison was born near Asheville, NC on July 7, 1910. She was the daughter of Lucius Alexander Lanning and Rachel Patton Lanning. She was married to Jack Morrison. She and her husband Jack owned a Christian bookstore in Shelby for many years. She is preceded in death by her husband Jack, parents, and siblings. She is survived by her nieces and nephews.

Offer Condolence for the family of Louise Adeline Lanning Morrison 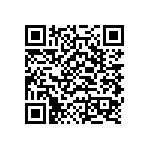