Louis Berini, loving son, husband and father, age 98, passed away on July 17 at the Croasdaile Pavilion. He was born February 5, 1914 in Thayer, West Virginia to the late Tony Berini and Carolina Brusa Berini. The family moved to Durham in 1929 when his father brought his skills as a stone mason to the construction of the new campus at Duke University. Louis lived in Durham the rest of his life.

Louis graduated from the University of North Carolina in 1938 with a degree in Business Commerce. After graduating, Louis worked briefly for Strawbridge Studios and for Armor & Co. In 1940 he started with the Employment Security Commission in Raleigh, then moved to the Durham office in 1941. In 1956, Louis was named as the Director of the office. He successfully managed the Durham office for 23 years until his retirement in 1979. He was always proud of the fact that he was in the business of helping people find jobs. He loved his work and loved helping people.

He was such a presence and a big part of all our lives. He never met a stranger and was active and interested in everything and everyone. He walked every day and always said walking was when he did his best thinking. He loved real estate and researching stocks. He was especially excited when he retired because he could then watch CNBC anytime he wanted, rather than just when he got home from work. He even learned to use a computer when he was 87 to watch the stock market online.
Louis was proud of his Italian heritage and he and his wife Mary enjoyed several trips back to his parents’ homes in Schignano and Bisuschio. He loved his family and was so proud of the Berinis and all they had achieved in America..

We will miss him.

He is survived by his children, Robert T. Ivey of Memphis, TN, Emmaly Ivey Barry Maynard of Cincinnati, OH, Judy Ivey David McLeod of Raleigh, NC, four grandchildren, and three great-grandchildren. He is also survived by his brother Nello Berini of Winchester, Kentucky, and by many nephews, nieces, and cousins. He was preceded in death by his loving wife, Mary Chapman Berini, his sister Chima Anthony Citrini and his brothers John, Joseph, and Dante.

In lieu of flowers, contributions may be made to the Caroline Anthony and Louis Berini Scholarship at the University of North Carolina, c/o Office of Gift Services, Post Office Box 309, Chapel Hill, NC 27514-0309 or online at giving.unc.edu.

Arrangements for the Berini family are under the care of Hall-Wynne Funeral Services. Online condolences: www.hallwynne.com, select obituaries.

Offer Condolence for the family of Louis Berini 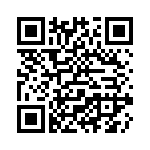