Linda graduated from Douglass College (Rutgers University) in 1964, where she met her husband in August 1962. She served as an elementary school teacher for several years, married in April 1966, then devoted most of her energies to being a military wife for 21 years, living in Germany and various places in the USA, raising two wonderful children along the way. The family moved to Durham in 1987 and Linda became an active member of the community through her volunteer work. Linda served as caregiver to three of our four parents. She was a member of Holy Infant Catholic Church.

A Mass of Christian burial will be offered 11:00 a.m. Tuesday, March 29, 2016 at Holy Infant Catholic Church with Father Robert Rutledge, OSFS, presiding. Friends may visit with the family after mass in the fellowship hall. Burial will be scheduled at a later date in Arlington National Cemetery.

The family wishes to extend their deep gratitude to all who compassionately cared for Linda at Duke Hospital and Hillcrest Convalescent Center.

In lieu of flowers, contributions may be made to the Center for Autism and Related Disabilities at the University of South Florida. Website: http://card-usf.fmhi.usf.edu.

Arrangements for the Willis family are under the care of Hall-Wynne Funeral Service. On-line memorials: www.hallwynne.com.

Offer Condolence for the family of Linda Jane Willis 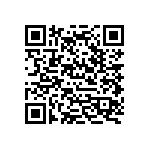