David was a faithful husband, loving father, and devoted Christian. His interests included woodworking, photography, and travel. Although a quiet man, he had a wonderful sense of humor and surprised us often with his wit and jocularity.

David is survived by his wife, Barbara “Diana” Neal, their daughter, Bonnie “Caroline” Flinn, her husband Robert Flinn, and their son Cole Flinn. He is also survived by his sister Cynthia Darnall and her husband Lynn Darnall.  David was preceded in death by his parents, Judy and Cecil Neal, and his brother, James (Jimmy) Neal.

Offer Condolence for the family of Lester “David” Neal 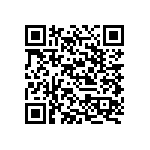