Lemuel Carl Allen, Jr. age 92 of Durham, NC, was born on January 15, 1923 in Bunnlevel, NC to the late Lemuel Carl Allen and Gertrude Jones Allen.  He graduated from Lillington High School and Elon College with a degree in Business Administration.  He served in the US Army in World War II in the European theater.  He was active in the Boy Scouts with his sons. He is survived by his wife of 66 years, Louise Clayton Allen.  Also surviving are three sons and one daughter, Lemuel Carl Allen III and wife Peggy, Richard Clayton Allen, Wesley Brooks Allen and Lisa Allen Byrd and husband DuVal.  Four grand children, David, Hannah, Rachel and Christopher.  Two great grandchildren, Allison and Jason. Brother, Jack J Allen of Bunnlevel, NC.  He retired from   Durham Branch, The American Tobacco Company as Plant Controller after almost 40 years of service.  He was a member of Lakewood United Methodist Church for 54 years and served in many offices of the church. He is currently a member of Epworth United Methodist Church. Visitation will be at Hall Wynne Funeral Home, 1113 West Main St., Durham from 1:00 to 2:00 PM on Wednesday, March 18. The funeral will be at the Hall Wynne Funeral Chapel at 2:00 with Pastor Hope Vickers officiating. Burial will be in the Maplewood  Cemetery, Durham, NC..  Memorials may be made to Epworth United Methodist Church, 3002 Hope Valley Road,, Durham, NC 27707. Online condolences at www.hallwynne.com.

Offer Condolence for the family of Lemuel Carl Allen, Jr. 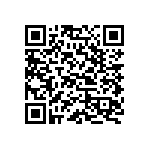