Latham Edgar Wheelan, 82, loving husband of the late Virginia Daughaday Wheelan, and son of the late Elizabeth and Fairfax R. Wheelan of Litchfield, CT, died peacefully at his home in Durham, North Carolina on May 8, 2008.

Born in New York, NY, Mr. Wheelan was a graduate of Litchfield High School, the Boston School of Art and Roosevelt University. He proudly served in the United States Navy during World War II and the Korean War.

Trained as a commercial artist, Mr. Wheelan had a rewarding career in advertising and marketing in Chicago, and in 1971, he relocated to Greenville, SC, to become Marketing Director for Cryovac, a division of W.R. Grace, where he worked until his retirement. Mr. Wheelan, a longtime resident of Winnetka, IL and Greenville SC, won several awards during his career, including a Clio award for his work with Stan Freberg for Jacobsen Lawn Mowers. He was a gifted cartoonist, following in the footsteps of his uncle, Ed Wheelan, and his grandmother, Albertine Randall Wheelan, and he generously shared his talents and good humor with co-workers, family and friends.

Offer Condolence for the family of Latham Edgar Wheelan 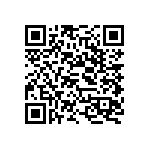