Larry Ray “Red” Lindley, 53, of Bynum Road in Pittsboro died October 15, 2009 at the Laurels of Chatham after an extended illness.

Red was born in Chatham County on July 19, 1956, the son of Marvin Lindley and Frances Mann Lindley. He was a retired sheet metal mechanic, and was a member of Love’s Creek Baptist Church in Siler City.

Survivors include his wife, Dolly Ellis Lindley of the home; son and daughter-in-law, Jeremy and Alicia Lindley of Pittsboro; daughter, Ashley Lindley of Pittsboro; his father, Marvin Lindley of Durham; brothers, his twin brother Barry, of Staley, Ronnie, of Snow Camp, Jerry, of Bear Creek, and Russell, of Siler City. He was preceded in death by his mother.

The funeral service will be conducted at 2:00 pm, Sunday, October 18, 2009 from Love’s Creek Baptist Church, with interment to follow in the church cemetery.

Friends may visit with the family from 6:00 – 8:00 pm Saturday at Hall-Wynne Funeral Home – Griffin Chapel, in Pittsboro, and at other times at the residence.

Memorials may be directed to the charity of one’s choice.

Offer Condolence for the family of Larry “Red” Lindley 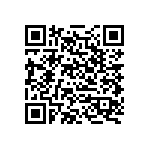