Kim is survived by her husband, Harold Hensley and her sons, Bryan Douglas Hensley (Aryn) of Raleigh and Alan Michael Hensley of Oxford.  She is also survived by her mother, Nancy Lee Lambert; her brother Walter Alexander Houston (Katherine); her niece, Katelyn Elissa Houston; her nephew, Walter Alexander Houston, II, her aunt, Melodie (W.H) Williams; her cousin, Wendy (David) Price; her brother-in-law, Jeff T. Hensley; her sister’s-in-law, Angel Yates and Christy Hensley and many other loving family and friends, whom will all miss her greatly.

In addition to her father, Kim is predeceased by her grandparents, Henry and Reba Lambert; Amos Odell and Lois Jean Hensley.

In lieu of flowers, memorial contributions may be made to the Diabetes Charity of your choice in her honor.

Offer Condolence for the family of Kimberly Houston Hensley 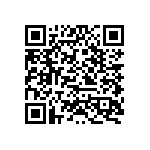