Kenneth proudly served his country during WWII in the US Army Air Corps training as a pilot cadet. While stationed in South Georgia with the Military Police, he met the love of his life Maxie Alexander.

After the war, Kenneth began working in the family business, Pickard Roofing Company. He was instrumental in the operation of the company from Nov. 1 1945 – Dec. 15, 1988.

Kenneth was a longtime member of Temple Baptist Church. He loved to fish, and had a great sense of humor who always had a joke to tell.

Offer Condolence for the family of Kenneth Johnson Pickard 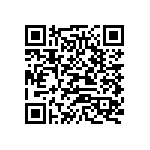