Kelsey Clayton Klatt, Jr., age 63, died peacefully at home on September 17, 2017 surrounded by his loving family. Born in Moorhead, MN, Kelsey was the son of the late Kelsey C. and Lillian B. Chalstrom Clayton.

He proudly served his country for seven years while stationed in the U.S. Army. Kelsey was a skilled electrician and owner of Klatt Electric. When he wasn’t busy working on electrical projects, Kelsey spent time in the kitchen enjoying his favorite past-time…. baking. His delicious banana nut bread was always well received by his family and friends.

Kelsey is survived by his loving and devoted wife, Denise Klatt, of Stem, NC; his sons, K.C. Klatt of Tuscon, AZ; and Raymond “Boe” Gallagher and wife, Megan, of Durham, NC; two brothers, Dale Klatt and Kevin Klatt; one sister, Kathy Klatt; and one granddaughter, Kathryn Gallagher; and several nieces and nephews.

A memorial service will be held 11:00 a.m. Saturday, September 23, 2017 from the Chapel of Hall-Wynne Funeral Service. Friends may visit with the family after the service.

Flowers are acceptable or contributions may be made to a charity of one’s choice.

Offer Condolence for the family of Kelsey Clayton Klatt, Jr. 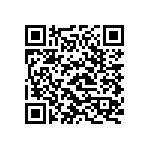