She worked for the A.H. Borland Law Firm for many years and held state and national offices in the Pilot Club, which is an exclusive club for legal secretaries. Kat was a devoted member of Pilgrim United Church of Christ where she taught the children’s Sunday school class for more than 50 years.

She was a resident of the Eno Pointe Assisted Living Center where she had many friends and prior to that she lived on Ruffin St. in Durham.

Funeral services will be held 11:00 A.M. Thursday, June 24, from the Chapel of Hall-Wynne Funeral Service with the Reverend Dr. Ginger Brasher-Cunningham presiding. Burial will follow in Maplewood Cemetery.

Flowers are acceptable or contributions in Kat’s memory may be made to a charity of one’s choice. On-line memorials: www.hallwynne.com. Select obituaries.

Arrangements for the Morris family are under the care of Hall-Wynne Funeral Service.

Offer Condolence for the family of Kathleen Kat Morris 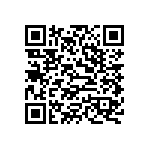