Kathleen Godwin Smith passed away peacefully at her home on February 14, 2015. She was born March 8, 1919, in Durham, the third of 6 children of Gus Travis Godwin and Lelia Lowe Godwin from the Lowe’s Grove community in southern Durham, NC. Kay grew up in a lively household, was a member of Lowe’s Grove Baptist church, graduated from Lowe’s Grove High School and studied at Watts Hospital School of Nursing in Durham. When duty called in 1942, she joined the US Army Nurses Corps. She served with the 65th General Hospital, known as the Duke Hospital Unit, in East Anglia, England, during World War II. On July 22, 1944 she married E. Francis Smith and after the war, returned home to Durham.

Kathleen worked in the pioneering days of neurosurgery and diagnostic cardiology at the Durham VA Hospital, retiring in the early 1970’s. She volunteered with the American Red Cross, her church, DAR, and other community groups. After her retirement she had another full career ministering to those in need in her community and caring for her family and grandchildren. Kathleen will be remembered as a person who took time for everyone and provided a kind and uplifting word when needed. She was a living lesson of love, patience and compassion.

A memorial service of celebration will be held on February 28, 2015, at the Few Chapel at Croasdaile Village, 2600 Croasdaile Farm Parkway, Durham, NC 27705. Family will receive visitors starting at 10 am, with service at 11 am and reception following. Interment of ashes will be at Lowe’s Grove Baptist Church cemetery at 3 pm, 4430 South Alston Ave, Durham, NC 27713. In lieu of flowers, donations may be made in the Memory of Kathleen G. Smith to Watts School of Nursing, 2828 Croasdaile Drive, Ste. 200, Durham, NC 27705 to further nursing education, or to the Lowe’s Grove Baptist Church Rose Garden Fund, 4430 South Alston Avenue, Durham, NC 27713. Arrangements are entrusted to Hall-Wynne Funeral service, Durham. Online condolences at www.hallwynne.com

Offer Condolence for the family of Kathleen Godwin Smith 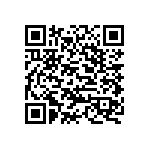