Katherine Rankin Beaver was born August 9, 1922, in Macon, Georgia, the oldest daughter of Myrtle and Goodwin Rankin. Growing up in Macon, she attended Miller High School and Wesleyan College, and married in July 1942 Charles Beaver, who was stationed nearby at Camp Wheeler Army Base. They lived in Little Rock, Arkansas (Camp Robinson), then Tyler, Texas (Camp Fannin), where daughter Scott was born in 1943, before Charles was sent to Europe to fight in World War II. After the war, they lived in Wake Forest, North Carolina, where Charles earned the BA degree. They then moved to Asheville, NC in 1948 as Charles returned to his hometown to work for American Enka Corporation, and where Patricia was born.

Katherine and her family were members of West Asheville Baptist Church, then joined First Baptist Church in 1953, where Katherine was an active member for 60 years.  At First Baptist, she was a member of WMU, taught Sunday School (for fifteen years), sang in the adult choir (since 1958), then in the senior adult choir.  She was ordained a deacon in the 1980s and became a life-time deacon in the 1990s.  She was an active volunteer, using her many artistic skills in support of church programs and special events, youth program support, and church maintenance.  She also served on a pastoral search committee, and as co-chair of the Capital Campaign.

A devoted and skillful homemaker and active volunteer in her community, Katherine worked part-time for retail stores in Asheville, then in 1967 became an employment counselor for Snelling and Snelling Employment Agency where she was named a top agent, earning her the Bronze status.  After leaving Snelling and Snelling in 1974 she volunteered for the First Baptist Church dining room, then was employed as supervisor of the kitchen, managing regular Wednesday night suppers, as well as special events in the church’s Sherman Center.  Among her many other activities as a volunteer for church and civic activities, she was a member of the Mimosa Garden Club, she was a member of Toast Mistress, and a charter member of Asheville’s PEO chapter.  She loved to travel with her family and over the past twenty years visited France, Germany, Italy, Austria, Wales, England, Canada, Nova Scotia, Mexico, and Hawaii.

Offer Condolence for the family of Katherine Rankin Beaver 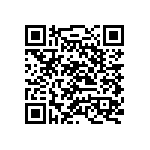