Kally Dackis Christakos, wife of Arthur C. Christakos, died Monday at Heart Fields assisted living facility in Cary. A Durham native, she was born September 5, 1930 to the late Charles and Paschalia Dackis. Kally was graduated from Durham High School in 1947 and received a baccalaureate degree in sociology from Duke University in 1951, after which she attended graduate school at Tulane University in sociology.
Kally was a charter member of St. Barbara Greek Orthodox Church, where she was a member of the Helenic Ladies’ Society, serving as president, and a member of the choir for close to 50 years. She also sang in the Durham Civic Choral Society. Active in the Campus Club of Duke University, she served as president and held other positions within the organization. During her active career as a social worker Kally worked with the Lincoln County Dept. of Welfare, Lincolnton, NC and at in orphanage in Charleston SC. Later she qualified as an elementary school teacher in South Carolina. While rearing four children Kally enjoyed membership in the Study Club, the Music Study Club, the Hope Valley Garden Club, the Blue Chip Investment Club, the Nearly New Shoppe and her tennis foursome at Hope Valley Country Club, all in Durham.
. Kally is survived by her husband of 52 years and their children, Eleni and husband Rick Steadman and son, Robbie of Cary, Andrew and wife, Cheryl Christakos and children, Maria, Nikki, Jason and Chris of Efland; Chris and wife Paula Christakos and their sons, Arthur and Teddy of Winston-Salem, and Lia Christakos of Cary; her brother Bill Dackis and wife, Elle of Short Hills, NJ and sister Olimbe Holt of West Columbia, SC; and several nieces and nephews. In addition to her parents, Kally was preceded in death by her sister, Helen Dackis.
The funeral liturgy will be offered 11:00 AM Thursday in the Chapel of Hall-Wynne Funeral Service St. Barbara’s temporary worship space. Presiding will be Fr. Andrew Koufopoulos and Fr. Peter Murtos. Burial will follow in Woodlawn Cemetery.
Visiting hours and the traditional Orthodox Trisagion litany will be 7-9 PM Wednesday in the funeral home.
Serving as pall bearers are George Dennos, Rudy Deschamps, Burt Keener, John Mariakakis, John McGinnis and Niko Paliouras.
Memorial donations may be made to: St. Barbara’s Bldg. Fund, PO Box 1149, Durham 27702.

Offer Condolence for the family of Kally Dackis Christakos 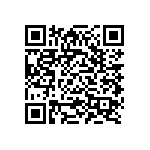