An accomplished professional classical and flamenco guitarist, Julius learned music at a very young age and forged a career that allowed him to play across the U.S. and overseas. In his later years, he focused on playing in the Triangle, performing regularly for weddings, restaurants, festivals, schools and retirement communities, alone or with his groups, Latin Sounds and Los Tres Caballeros. He was an extremely dedicated, lifelong learner whose other career paths included working at UNC Hospital and Lenoir Memorial Hospital as a respiratory therapist. In his spare time, he loved spending time at the beach, traveling to new places and reading non-fiction.

Besides music, Julius’s great love was for his family. He is survived by his wife of 42 years, Leonor C. Carrasco; son, Stephen Carrasco; and two daughters, Judy Carrasco and Kristina Hill; son-in-law Alton Hill and granddaughter Leana Nicole Hill.

In lieu of flowers, contributions in Julius’s name may be made to the Durham Arts Council at 120 Morris Street, Durham, NC 27701. Condolences to the family may be expressed at www.juliuscarrasco.com.

Offer Condolence for the family of Julius Neri Carrasco 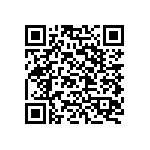