Swanson was employed by IBM working in management of Traffic and Shipping departments. Swanson served in the U. S Navy and was a 60 year member of Durham Masonic Lodge 352 A.F & A.M. He was also a longtime volunteer of the Durham Police Department.

He was preceded in death by his wife Hannah Southerland Braswell and his brother Charles Clarence Braswell.

A private burial will be held at Maplewood Cemetery.

Offer Condolence for the family of Joseph Swanson Braswell 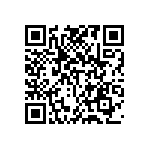