Joseph Samuel Kafina “Joe,” son of Samuel Joseph Kafina and Ruby Doby Kafina passed away unexpectedly on Sunday, Oct. 15, 2017 at the age of 79. In addition to his parents, he was preceded in death by his brother Herbert H. “Herbie” Kafina and sister-in-laws Nancy Marshburn Kafina and Mary Frances “Frankie” Upchurch and son-in-law Scott Kelly.

Joe was a very caring and devoted husband, “dad” and granddad who will be greatly missed by his wife Jean Dunn Kafina, daughter Alyce Kafina Kelly of Morehead City, NC, son Joseph “Jody” Kafina and wife Danielle, and grandsons Cooper and Carson Kafina of Summerville, SC. One of his happiest days was when he became “Papa Joe.”

Joe’s professional career was in the HVAC industry. His expertise was in drafting and design, mechanical contracting and project management. He began working first with the American Tobacco Co., T.C. Cooke Engineers and Comfort Engineers. He was also very active in the Durham Jaycees and a member of the Navy Reserve.

After retiring in 2001, he enjoyed working with friends at Precision Dental Works and playing golf together on Friday afternoons. Spending time in his “man cave” garage, fishing, hunting, and traveling to car shows brought him much joy as well as his TARHEELS!!!, and his DHS Class of ’57 reunions.

A memorial service will be held on Friday, Oct. 27, 2017 at 2 pm at Edgewood Baptist Church, 1807 Infinity Rd. Durham, NC 27712 with the Rev. James L. Bland and Rev. David Trump officiating. The family will receive friends prior to the service from 1pm to 2pm.

In lieu of flowers, donations can be made to The American Heart Association or the Parkinson Foundation.

The family would like to extend a special thank you to the Critical Care Unit Staff at Duke Regional Hospital and especially to Dr. Amanda Jimenez.

Offer Condolence for the family of Joseph Samuel Kafina 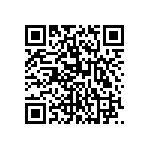