Joseph Richard Patrick Dugan died peacefully at the age of 92 on January 22, 2018 surrounded by his adoring family and with his beloved wife of 63 years, Claire Frances (Mahoney), by his side. Dick led an honest, hard-working life, helped raise a beautiful family, and left a legacy of goodness and love. He was born in West Newton, Massachusetts, on March 21, 1925, the youngest son of Mary and James Dugan. He attended St. Bernard’s School where he was an altar boy and graduated from Newton High School in 1943. Growing up in West Newton, he formed dear friendships that remained close for the rest of his life. He loved hockey and baseball, but most especially golf. As a young boy he caddied at the Brae Burn Country Club, where he first developed a life-long love for the game. In accordance, one of his life’s greatest joys was playing a round of 18 in Scotland – the Old Course at St. Andrews. Never far from a course, he worked in retirement as a starter at the Sheraton Tara in Hyannis. On this course, he also taught his grandkids how to swing a club.
Dick worked for the railroad all his life, starting at The New York Central while still in high school. In 1943, at the age of 17, he enlisted to serve his country in World War II. Assigned to the Army’s 138th Field Artillery Battalion, he earned a Bronze Star during the liberation of the Philippines. He was most proud to have been an “Avenger of Bataan.” As a member of America’s greatest generation, he was recently honored by a visiting veteran group for his service, and was hailed a hero. He responded he was not a hero, but that the true heroes were those who never made it home. After the war he met the love of his life, the beautiful Claire Fran from Somerville, Massachusetts. It was love at first sight. They married during Hurricane Edna in 1954 and went on to raise 5 children in an old home on Water St. in South Natick, along a bend of the Charles River. They lost their second child, Andrea Louise, to crib death, a heartbreak that remained with him all his life. Dick was a wonderful father, remembered for entertaining his kids with dishwashing games, trips to the rink at dawn, unexpected outings to Fenway Park or piling the kids into the Rambler for Saturdays spent at Revere Beach. He loved backyard cookouts, and surprising his family by bringing home lobsters or hot fudge sundaes. After retiring from the railroad, Dick and Claire moved to Centerville on Cape Cod, enjoying 20 wonderful years with family and friends, old and new. Eight years ago they moved to Durham, N.C. to be closer to family.
Dick was blessed with a quick wit, twinkling green eyes, and a gift to make anyone smile along with him. When the house was teeming with his kids and their friends, right up to the present with his caregivers, he effortlessly brought joy to all those he encountered. He possessed a keen sense of humor, compassion, and a genuine appreciation for bringing joy into the world. This was perhaps his greatest gift, second only to his love and dedication to family.
Besides his wife Claire, Dick leaves behind five children: Martha and her husband Antonio Obando of West Hartford, Connecticut, Joseph Dugan Jr. of Marlboro, Massachusetts, Marybeth Dugan and her husband Kenneth Dalsheimer, Peter Dugan, and Kelli Dugan and her husband John St Clair, all of Durham, North Carolina. He also leaves nine grandchildren: Aura Obando and her husband Paul Easton, Jose and Thomas Obando, Samuel, and his wife Alexandra, Elyson and her fiancé Brian Schnautz, and Isaac Dalsheimer, and Ainsley, Jack, and Eliot St Clair. Dick has two great grandchildren in Santiago and Nicolas Easton. Richard is predeceased by his siblings James and Thomas Dugan, and Dorothy Morrissey.
The Dugan family would like to express appreciation for those who provided care to Dick, especially during his last year, including the caring staff of August Estates, the Duke Hospice Team, Don Stanger of the Holy Infant Outreach Ministry, and the staff of Trusted Home Helpers, in particular Cherri McCoy.
Mass of Christian burial will be held in Durham, North Carolina, at the Holy Infant Catholic Church on Friday, January 26 at 11:00am. A memorial service on Cape Cod and burial with full military honors at the National Cemetery in Bourne, Massachusetts will be at a later date. In lieu of flowers, gifts can be made to the Dana Farber Cancer Institute in memory of Joseph R. Dugan via www.jimmyfund.org/gift.

Offer Condolence for the family of Joseph Richard Dugan 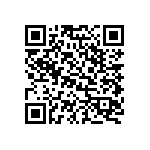