Joe was born in Womack Army Hospital on Ft. Bragg May 10, 1954, the son of Luby Odell and Doris Keck Jackson. Joe was a member of Hanks Chapel United Church of Christ. Prior to his health failing, he was employed as a meat cutter in the butcher shop of Lowes Foods for a number of years.

The funeral service will be conducted by the Rev. Bob Wachs and the Rev. Ray Gooch at 2:00 pm, Wednesday, September 2, 2009 at Hanks Chapel United Church of Christ, with interment to follow in the church cemetery. Friends may visit with the family on Tuesday night from 7:00 – 9:00 pm at Hanks Chapel Church, and at other times at the residence of Odell and Doris Jackson, 245 Hanks Chapel Road, Pittsboro.

Offer Condolence for the family of Joseph Odell Jackson 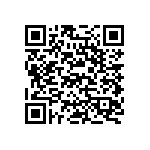