He is survived by his wife, Virginia Gonzalez Fedor, of Durham, NC, brother, Edward Fedor of West Islip, NY, sister Dolores Dolly Black, of Hazleton, PA, his children from his former marriage, daughters, Laura Hinton, of Metuchen, NJ, Joann Rhodes, of Hillsborough, NJ and son, Joseph Jr., of Neshanic, NJ, 4 grandchildren, and 5 great-grandchildren. He was preceded in death by his sister, Helen Steibler who died on the same day in Hazleton, PA. He is also survived by his step-daughter, Suzanne LaMee Bodeen, of Durham, NC and step-son, Peter Mahalow of Hillsborough, NJ.

He was employed for 32 years at Union Carbide in Bound Brook, NJ and served his country for 3-1/2 years in the US Coast Guard in Europe during WWII. Joseph was a quiet, unassuming man who enjoyed watching pro football, and was an avid Duke Blue Devils basketball fan. He will be greatly missed by those who knew and loved him.

Offer Condolence for the family of Joseph J. Fedor 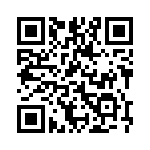