Joe was a retired Philadelphia Police Sergeant who had been a leader in the Detective Division and the initial Sex Crimes Unit from 1971-1993. He was a member of the Fraternal Order of Police Michael G. Lutz Philadelphia Lodge 5.

Joe was truly a jack-of-all-trades and had careers in real estate, contracting, rehabilitation placement, private investigation, student chaperoning in Europe, and insurance sales. He was also a skilled craftsman and enjoyed using his talent in service of the churches he attended and people in need, such as Habitat for Humanity. He was truly a “Mr. Fix-it.”

Joe was a gourmet chef and enjoyed being in the kitchen, his famous flaming Bananas Foster will be missed by all who had the honor of sampling it. He loved cooking for a few or a few hundred, and loved to watch others enjoy his creations.

Joe was an accomplished yachtsman and loved piloting the Chesapeake Bay. No yacht too large for his skill; he was called upon many times to bring another boat into harbor during bad weather. His final resting place will be within the waters of his beloved Chesapeake.

Joe was an avid motorcycle rider from childhood until his last days. He was active in the local chapter of the Blue Knights and also the Patriot Guard Riders. Joe enjoyed the charity events of these organizations, especially those for children, and cool morning rides through back roads.

Joe was a staunch supporter of the military and a loving spouse who supported the military career of his wife, Lisa, who still continues in the United States Air Force Reserves. He used his culinary talents to raise money for the Combined Federal Campaign and made a “mean batch of chili” for any cook-off that came along during his wife’s active duty career in Ohio. He continued that support of the military when he joined the Patriot Guard Riders in North Carolina and stood in many a flag line to show support of fallen troops.

Joe will best be remembered for his sense of humor and ability to crack a joke about anything. He truly loved to make others laugh. People remember times with him where they laughed so hard, they cried or their sides hurt. This is how Joe will be best remembered, laughter and love.

In lieu of flowers, memorial contributions in honor of PGR Member Joseph H. Zglinicki, “Sarge 489” from Durham, NC may be made to Patriot Guard of NC, 34191 Springdale Drive, New London, NC 28127.

A private cremation service was held at the Hall-Wynne Crematory. There are no further services scheduled at this time.

Offer Condolence for the family of Joseph Henry Zglinicki 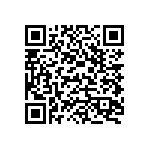