Joseph Brett, 74, of Durham, passed away peacefully on July 29, 2018 after spending the day with his family.

He was born to the late Joseph and Catherine Brett on December 9, 1943 in Dover, New Jersey. Joseph attended Morris Catholic High School, and worked at BioMerieux for 48 years. He married his wife, Gloria, on August 18, 1970, raised four children together and moved to Durham in 1988, where they continued to grow and support their family.

Joseph loved watching football on Sundays, relaxing on the porch during thunderstorms, and going on long road trips. His favorite trips were to Daytona Beach and Atlantic Beach with his family, where they made lasting memories taking early morning walks by the ocean. He was a devoted Catholic and an active member of his church, Immaculate Conception. But Joseph’s most defining trait was the unconditional love and support he gave his family.

A memorial service will be held on Wednesday, August 1, 2018 at 10:30 am at Hall-Wynne Funeral Home Chapel on 1113 West Main Street, Durham, NC. A visitation will follow the service from 11am-1pm.

Offer Condolence for the family of Joseph Brett 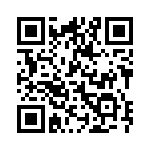