Jonathan Mowry Steere, III, passed away on November 16, 2017 at Hock Hospice Center in Durham, NC after a prolonged illness. He was 71 years old.

Jonathan was born on March 27, 1946 in Philadelphia, PA to Jonathan M. Steere, Jr. and Hilda Fletcher Steere. He graduated from Penn Charter High School in Philadelphia in 1964 and later earned a BA in Anthropology from Temple University. He moved to Durham, NC in 1975.

Mr. Steere was an active and engaged member of his community. He led nature hikes and bird walks along the Eno River and volunteered at the Durham County Public Library for many years. He enjoyed working with children, and was a staunch advocate for the rights of the elderly. He
passed on his love of the outdoors, his intellectual curiosity, and his passion for reading to his children and grandchildren.

In lieu of flowers, the family requests that contributions be made to the Eno River
Association.

Offer Condolence for the family of Jonathan Mowry Steere, III 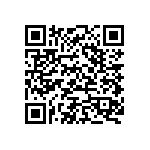