Johnny was the younger of 2 children, born May 6, 1925 in Gertianosch, Rumania, to Peter and Katharina Mueller Waldeck. Johnny immigrated to the United States in June 1952, settling in northern Virginia where he worked in apple orchards and then as a dairyman. He moved to Pittsboro in 1960 and began work as dairy manager for Jesse Fearrington until 1966. Johnny then began working at Fitch Lumber in Carrboro, where he worked for 24 years until retiring in 1990 as shop manager. He was a member of Emmaus Baptist Church.

Johnny was a simple man of strong character; was a hard worker, deeply patriotic, had a good sense of humor and abundant in common sense. He believed in and had the privilige to live the American dream, and will be severly missed by family and friends.

Online condolences may be made at: www.griffinfuneral.com, Select Obituaries.

Offer Condolence for the family of Johnny Waldeck 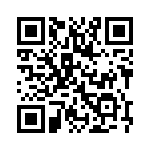